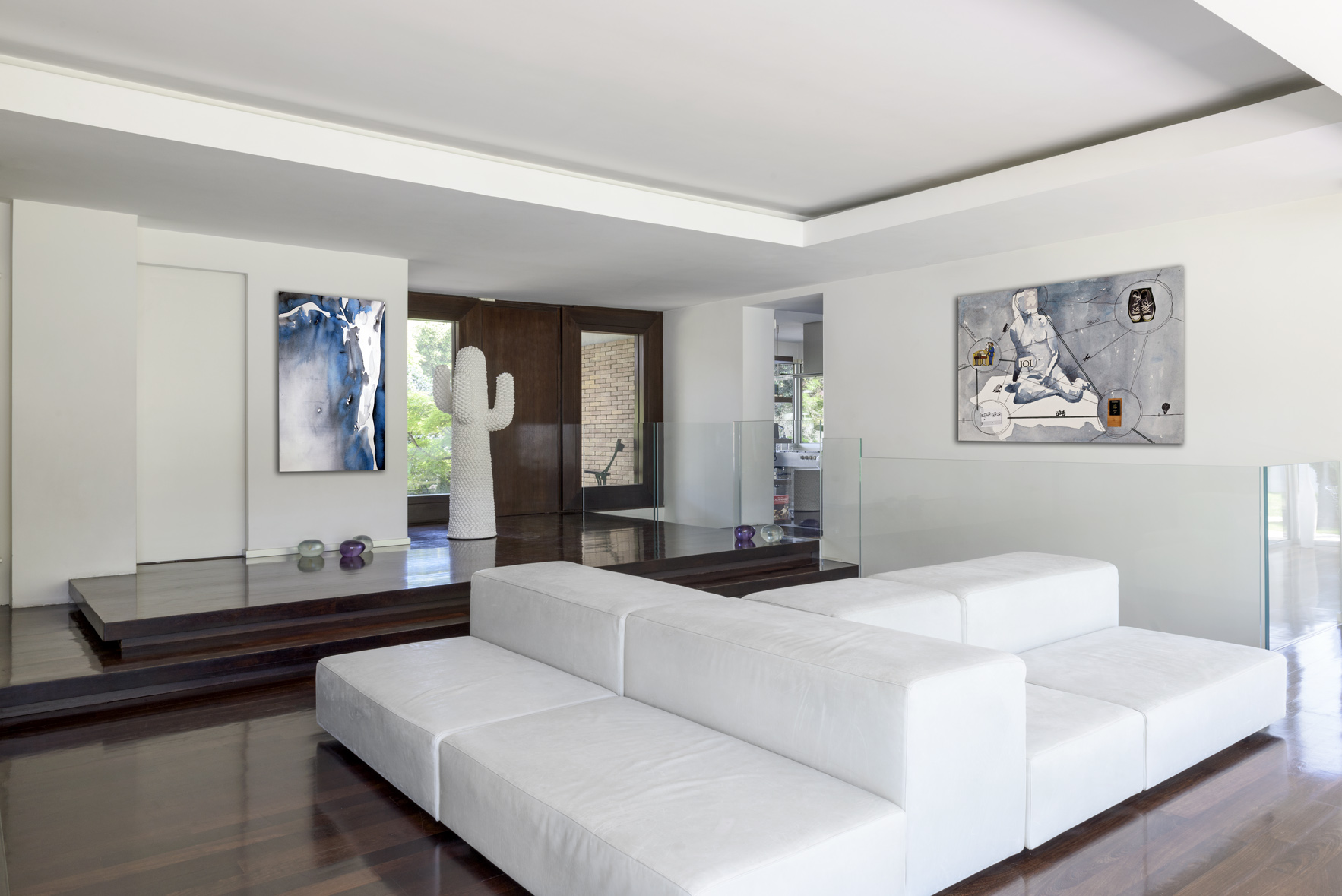 «They are the central theme that makes it unique: the various works scattered throughout the house by the Roman artists Cristiano and Patrizio Alviti, which the family collected, and which not only represent the touches of color notes in the total white environments, but become the fulcrum of space research, also giving the house the light imprint of a gallery». This is what Maria Liccati (photos by Gianni Franchellucci) writes in her article for the September 2021 issue of Dentro Casa which describes a very interesting 1960s residence designed by Giuseppe Perugini, an Argentine architect who worked in Italy and who, with his wife Uga de Plaisant, formed one of the most interesting and least celebrated couples of Italian architecture. Having fallen into oblivion, Perugini has recently been at the center, thanks to the historian Luigi Prestinenza Puglisi, of a revaluation linked to many projects, including the “case” of his Tree House in Fregene. This issue of the magazine will be presented in the next edition of the Salone Internazionale del Mobile in Milan.