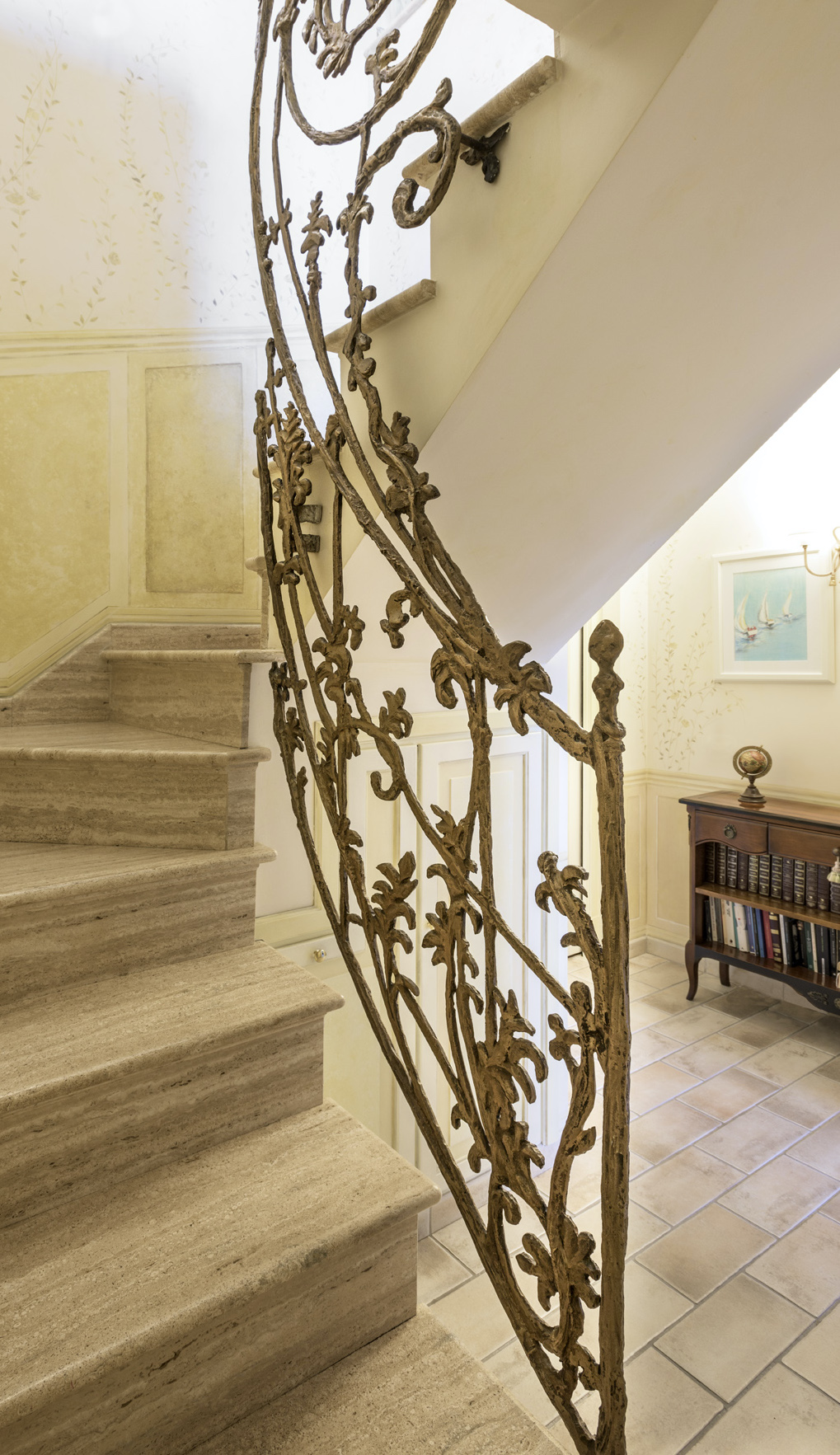 Project by Cristiano Alviti
for Officina Alviti
with Paolo Vanzolini

A small bronze staircase connecting two floors of a prestigious Roman apartment solved the intercommunication between two richly decorated environments.
At the end of the fifteenth century the accidental archaeological discovery of the Domus Aurea gave way to the Grotesque decoration, which found its maximum expression in Raphael’s Rooms; similarly, Cristiano Alviti, a Roman sculptor, was inspired by those paintings, migrating them, in a completely original manner, to the third dimension.

The small bronze balustrade was made in a single sand cast piece. You can perceive the attention to every detail by observing, for example, the delicate leaf anchorage.

Small chimerical figures appear stealthily among the scrolls of leaves of a visionary herbarium.